Etawah is one of the primary cities in District Etawah apart from being the seat of administration in the district. The town of Etawah is also a very popular tourist destination in the region and is, thus, visited by sightseers and holidaymakers from far and near. As such the city is connected extensively by roadways, highways and railways in the city as well as the airports located very close to the main township. 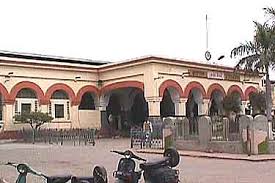 The Kheria Airport or the Kheria Air Force Station serves the Indian army as well as the general passengers. The distance from Etawah to Agra Airport is 128 kilometres, which is covered usually in 1 hour 55 minutes along the AH 1/NH 2. Along the Fatehabad Road and SH 62 the distance between Etawah and Agra Airport is 120 kilometres traversable in around 2 hours 10 minutes. Airlines that serve the Kheria Airport include Air India, Jet Konnect, Jet Airways and JetLite. The cities nationwide connected by flights comprise of New Delhi, Mumbai, Bangalore, Kolkata, Chennai, Hyderabad, Kochi, Srinagar, Ahmedabad, Guwahati, Varanasi, Khajuraho, Pune, Rajkot and Jabalpur.

Roadways and Highways in Etawah

There are many major roadways that serve the district of Etawah including the Etawah city. The 23-kilometre long Etawah-Mainpuri Road and the 8 kilometres long Etawah Bharthana Road join Etawah to other nearby places in the district. The 171-kilometre long National Highway 92 or NH 92, is the major highway that links Etawah to many important locations near and far. The NH 92 joins Gwalior to Bhongaon and other parts of Uttar Pradesh including Etawah, Malanpur and Bhind. Airport Road is the more popular name of NH 92 in Gwalior due to the location of the Gwalior Airport on NH 92. Other highways that serve Etawah comprise of the 12.50 Kilometre long Etawah-Gwalior Highway and the 90-kilometre long Agra-Etawah-Kanpur Highway.

Etawah Bus Station serves the areas in and around the city of Etawah with regular bus services that connect Etawah to the nearby cities of New Delhi, Kanpur, Gwalior, Aligarh, Mainpuri, Bareilly, Mathura and Agra. Etawah Roadways Bus Stand is one of the leading bus terminals in the district of Etawah linking the city and its fringes with local bus services along the National Highway 92 to different parts of Uttar Pradesh. Apart from the local buses that are operated to and from the Etawah Bus Stand many inter-state buses also provide affordable transport facilities to the people of the district for travelling to and from the neighbouring states of Delhi, Madhya Pradesh and Uttarakhand. The Uttar Pradesh State Road Transport Corporation or UPSRTC runs the Etawah Roadways Bus Stand, which is located nearby the Etawah Railway Station. 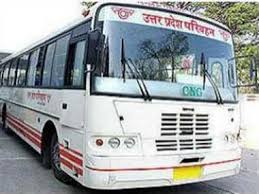 The local means of conveyance in Etawah include the cycle-rickshaws, taxis and the rental cars. The local and inter-state buses run by the Uttar Pradesh State Road Transport Corporation to and from the Etawah Bus Station also play a very important role as a local mode of transportation serving the people of Etawah. Motor bikes and cars are mostly used as private modes of conveyance by the local inhabitants of Etawah and its adjoining areas.