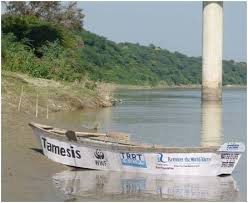 Etawah situated along the river banks of the meandering Yamuna is the primary centre of administration of District Etawah. Latitudinal coordinates of Etawah city are 26.77oN whereas its longitudinal coordinates are 79.03oE. The town of Etawah is also the meeting point of two important rivers draining the northern parts of the Indian subcontinent, Chambal and Yamuna. The districts adjoining Etawah on its north are Mainpuri and Farrukhabad whereas the tehsil Bah, part of District Agra, is located on the western fringes of the district of Etawah. On its south the district of Etawah is bounded by District Gwalior and the city of Jalaun and the eastern boundary of Etawah District touches District Auraiya.

The city of Etawah stretches along the fertile plain of Doab, its physical attributes being dependable on the northern rivers that pass through it. The entire district of Etawah is comprised of 4 parts on the basis of the natural features of each part, these four parts being named as the Pachar, the Ghar, the Karka and the Par. The branch of the Sengar River that crosses the zone called Par at its centre flows across Etawah and the western part of Par that is contained within the boundaries of tehsil Etawah is known as Patti Kamait.

The total population of Etawah according to the 2011 census reports is 1,581,810 and its population density is 684 per square kilometer or 1,770 per square mile.

The literacy rate in Etawah was registered to be 82.89% from data obtainable from 2011 census.

Rivers and Lakes in Etawah

Apart from the rivers Chambal and Yamuna, other important rivers in the district of Etawah are the Sengar, the Rind and the Kuwari. Pandu, Ahenya and Puraha are the tributaries of Rind flowing across the district whereas the Sirsa, the tributary of Sengar, also passes through the district. The Yamuna enters into the district of Etawah at Bawat, a village in tehsil Etawah. This meandering river creates a natural line of separation between the districts of Agra and Etawah and continues to flow southeast uniting with Chambal at the village of Bhareh with a pictorial bend close to village Harauli.

The Chambal resembles Yamuna to a great extent in form but does not carry mud or sand along its course like the Yamuna. The alluvial soil found along the course of Chambal is, thus, lesser in quantity than that deposited by Yamuna along its course. The Sengar crosses Etawah along the northern part of tehsil Etawah close to village Dhanuha to be united with Sirsa, which leaves the Sengar in District Jalesar close to Umargarh. The Rind is a river here that passes along the village Bankhera to enter Etawah whereas Pandu, a tributary of the Rind, is the only river to unite with River Ganga. Many beautiful lakes are also found in tehsil Etawah at various locations, which include Baralokpur, Hardoi, Raan and Parauri. 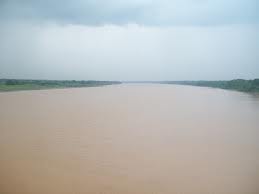 The summer months in Etawah extend from March to May, June being the month here that brings in the soothing monsoon rains. Average minimum temperature during summertime in Etawah remains at around 21oC whereas the average maximum temperature stays at around 45oC.  Light showers and torrential rains in Etawah record about 792 mm of annual rainfall on an average, the monsoons here being prevalent usually during the months of June, July, August and September. The monsoons in Etawah happen to be the most humid season, the relative humidity at this time being more than 70%. After the monsoons the relative humidity steadily diminishes being the least in the summer months at around 30%. Temperature in Etawah starts to drop down consistently from the month of October, November, December, January and February being the coldest months of the year the average minimum temperature at this time of the year being 8oC whereas the average maximum temperature remains at around 23oC. South-west and north-west winds commonly blow in Etawah, the south-east and north-east winds being also blowing quite often.

The soils of Etawah are mostly fertile and are categorized into sand, clay and loam. Sand is known here as bhur, loam is called dumat and clay is common as matiyar. Jhabar are the rice-growing deposits of clay set down in and around the city whereas the soil carried along the course of Yamuna is known as kachhar and the fertile alluvial soil found along the river banks is called Tir.