Apart from being a very famous site for the historically significant Sepoy Mutiny of 1857, Etawah is also widely popular as an interesting seat of culture in Uttar Pradesh. Culture of Etawah is inevitably portrayed in its people, their language, caste, religion, costume, art, music, dance, fairs and festivals. 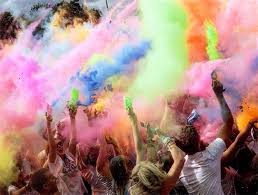 Western Hindi is widely considered to be the language, which is used extensively across the entire district of Etawah. A small part of the urban population also speaks Urdu; the most commonly used language in Etawah city being Pachharua or Antarbedi. Other languages spoken in the district of Etawah include Bhadauri, Sindhi, Punjabi and Bengali. The Devnagari script and the Persian script are the written forms of language generally used in and around Etawah.

Hinduism is the main religion of Etawah. Muslims cover a small part of the population in Etawah whereas the Christians, Buddhists, Sikhs and Jains comprise even a lesser part of the total population in the region. People of the Hindu community living in Etawah include the Ahirs, the Harijans, the Chauhans, the Rajputs, the Sengars and the Brahmins. The Muslim community in Etawah is comprised mainly of the Sunnis, most of them being the Sheikhs. The Sheikhs embrace primarily the Siddiqis and the Qureshis whereas the Pathans residing in Etawah are mostly the descendants of the races like the Yasufzai, the Gori and the Lodi. Other sections of the Muslim community living in Etawah are the Lohar, Hajjam, Qassab, Bhisti, Darzi and Faqir.

In Etawah sarees are the most common traditional attire worn by females of all ages though salwar kameez are also the favorite of many in the city. Kurtas and kurtis are worn alike by both the males and females in Etawah, kurta pyjama being quite popular among the men here. Dhotis and lungis are the other types of informal clothing worn by males in Etawah. Nehru jackets are widely used by men. 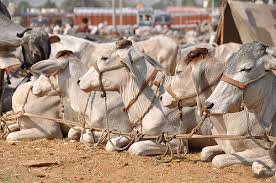 Every year around 60 fairs, some attracting small crowds and some other drawing huge gatherings of people, are held in the city and across the entire district of Etawah. The local fairs in Etawah are even held as a part of the celebration of the festivals, the cattle fair and exhibition being the major ones. 10,000 to 15,000 cattle are sold in the Etawah cattle fair, the total number of people attending the fair being around 200,000.

Folk music of various forms is an intrinsic part of the rich cultural heritage of Etawah. Kajari, Allaha, Rasiyas and Phaag are the different forms of vocal music that people of Etawah love to listen to as well as like to sing. Kirtan, Bhajan, Langadia, Dhola and Unchari are some of the most popular categories of folk songs in Etawah. The village folk enjoy watching live dance and musical performances presented by the local actors. Most of these live performances have a key theme, the entire act being based on the themes. Banjasha is a much liked form of folk dance in Etawah whereas the mythological dramas, primarily the nautankis, draw a large part of the rural population from the nearby as well as the faraway villages.


Many renowned personalities of India, related to the fields of film and literature, belong to Etawah. Babu Gulabrai, a very important name in contemporary Hindi literature as well as the renowned Hindi poet Gopaldas Saxena ‘Neeraj’ were born here. Piaa Bajpai, a promising actress of Indian movies and commercials, mostly South Indian films, spent the earlier days of her life in Etawah. Late K. Asif, one of the most eminent personalities of Hindi cinema, also belonged to Etawah. His contribution to Indian cinema is immense, one of his timeless creations being Mughal-e-Azam, the evergreen Hindi movie.