Adorning the fringes of the picturesque Yamuna River at the point where it is joined by the Chambal River stretches out the historical city of Etawah. Known widely in the yesteryears as the city of Ishtikapuri, the town of Etawah stands now as the seat of governance of District Etawah. Similar to many other towns in Uttar Pradesh, the city of Etawah had also been one of the primary locations during the Uprising of 1857 as the agitation mostly concerned the northern parts of the Indian Subcontinent. Many famous personalities of India belonging to the fields of politics, literature, film and sports were either born in Etawah or were attached to it, some of these renowned people being former Indian President Mr. Zakir Hussain, Chief Minister of Uttar Pradesh Mr. Akhilesh Yadav, notable writer Mr. Babu Gulabrai and Late K. Asif, the director and producer of the legendary Hindi film, Mughal-e-Azam. 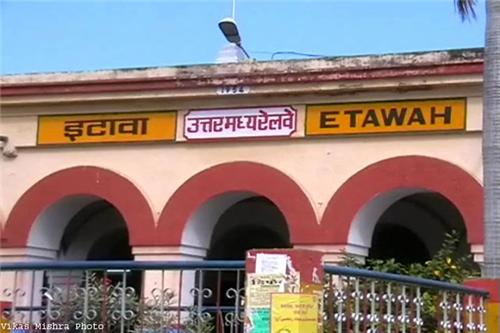 The city of Etawah is considered to have been built prior to the beginning of the Bronze Age. The Panchalas were the oldest descendents of Aryans known to have inhabited this place. An inheritor of King Bharat is thought to be the founder of Etawah, a site about which the readers find information in the great mythological epics of Ramayana and Mahabharata. Many Indian rulers, including the descendants of the Gupta, Naga, Kushan and Kanva dynasties, controlled Etawah as a part of their kingdom. Heirs of the Gurjara Pratihara dynasty also ruled Etawah, which used to be an extremely peaceful and flourishing community in the northern part of the nation.

Etawah had not only been famous as a major seat of the Sepoy Mutiny of 1857 but it still contains the ruins of the historically significant Indian Salt Hedge, an important mark of British rule left behind in India for preventing the illegal transportation of salt. During the Uprising of 1857 the district collector of Etawah was the historically notable Allan Octavian Hume, a founder member of the Indian National Congress, one of the oldest democratic parties formed in the history of Indian politics.

The latitudinal and longitudinal coordinates of Etawah are 26.77oN and 79.03oE respectively. Raised to about 646 feet or 197 metres above the sea level, the town of Etawah is known to be populated by a total of about 1,581,810 citizens, its population density being 1,770 persons per square mile or 684 persons per square kilometre. In accordance with the census reports of 2011, the population of Etawah is nearly 1,581,810. Official language of Etawah is Hindi, Hindus being the most dominating community in the region.

The best time to visit Etawah are the winter months, the weather being the pleasant here. Tourists in Etawah can enjoy their sightseeing trips in and around the city during the soothing months of winter, which prevail from October to February. Average temperature in Etawah wavers between 10oC and 32oC during the winter months. Summer in Etawah commences during the month of March and ends with the advent of the monsoon showers in the month of June, average temperature during the summer months remaining in between 21oC and 45oC. The months of July, August and September mark the dominance of monsoons in Etawah with both light drizzles and heavy showers. Every summer, hot dry winds, known as Loo, blow during noon in Etawah and in its adjoining areas. 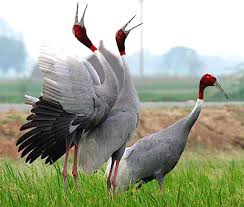 Click Here to know More on Geography of Etawah

Chandu is one of the major local attractions in Etawah. Other exotic destinations to explore nearby Etawah are the National Chambal Sanctuary, popularly known as the National Chambal Gharial Wildlife Sanctuary and the Sambal Bird Sanctuary in the Mainpuri District of Uttar Pradesh. These two scenic places to visit near Etawah, feature some of the most interesting species of animals and birds found living freely in their own natural habitat. The historically famous city of Agra and the landscaped town of Bhind located in close proximity to District Etawah are also considered to be some of the most beautiful sites for tourism in Etawah. Budget accommodations, such as the Regency Resorts, are amply situated across the city and its nearby areas for the comfort and convenience of the sightseers in Etawah.

Click Here to know More on Tourism in Etawah

Baba The Mall is the most happening shopping destination in the city of Etawah for leisure and activity, positioned strategically in the heart of this town. Other shopping venues in Etawah include the Vishal Mega Mart and the Shiva Handloom apart from the countless shops that thrive in the city.

Click Here to Read More on Shopping in Etawah

All the popular festivals that are religiously significant as well as the major national festivals of India are celebrated with vehemence and dynamism in the city of Etawah and the remaining areas of the district also. Basant Panchami, Janmashtami, Holi, Dusshera and Diwali are the most rejuvenating festivals celebrated in Etawah, during which the local people here get deeply engrossed in rejoicing and reviving.

Read More on Food in Etawah

How to Reach Etawah

Etawah Railway Station is situated along the Howrah-Delhi rail route on the track that links Delhi to Kanpur Central. Many trains that serve this railway track and stop at regular intervals at the Etawah Railway Station include the CNB Shatabdi and the Shatabdi Express, which join Delhi to other important destinations along this track. The National Highway 2 runs across the town of Etawah making it easily reachable from several destinations far and near, the most significant of these cities being Agra, Varanasi, Delhi, Kanpur, Allahabad and various others. Other important roadways that pass through Etawah also link it to the premium towns of Kanpur, Agra and Gwalior. Regularly plying buses to and fro the Inner State Bus Station along with the cycle rickshaws and auto rickshaws are the primary means of conveyance in Etawah.